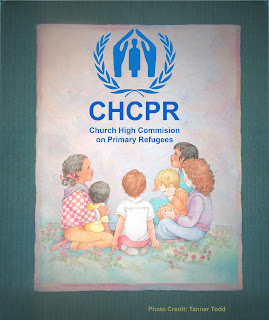 SALT LAKE CITY, UT—At a recent press conference, it was noted that a rising tide of unexpected teacher absences across the church is triggering an ever deepening crisis of Primary refugees. According to the Church’s High Commissioner on Primary Refugees, “every Sunday tens of thousands of children find themselves alone, disoriented, frightened, and spiritually malnourished when the adults they trust, their teachers, fail to deliver the weekly aid that they desperately need.”

The High Commissioner noted several shocking recent examples. “A few Sundays ago, in Madison, Wisconsin, several CTR 7s were left to forage for their own spiritual sustenance when neither of their teachers showed up,” explained the Commissioner. She went on, saying that “by the time we found them, frightened and huddled in a corner (and perhaps playing Minecraft on the tablet of one of the refugees), they seemed to have lost track entirely of why they had arrived at church in the first place.”

Fear about their future and a growing desperation (often masked by apathy, chit-chat, and Temple Run II) at ever getting their needs met has only exacerbated the refugee crisis.

The High Commissioner also noted that local leaders, often with resources stretched well beyond the breaking point, struggle to contain the flood of refugees. On this point the Commissioner noted that “a Primary President may try to find some parents to substitute or may try to see if other classes can absorb the sudden influx of spiritual asylum seekers. That sudden influx,” continued the Commissioner, “can jeopardize another community’s delicate social, cultural, and spiritual equilibrium, or worse, there may not be enough treats for everyone.”
The High Commissioner on Primary Refugees’ press conference has generated considerable conversation at all levels of the church. There are reports of efforts to give Primaries across the church better safeguards to prevent the spread of the crisis and resources to handle current problems. Unnamed sources suggest that fathers of Primary children may receive additional training “so that when a crisis presents itself, they can step in, meet the needs, and not just play hangman for 35 minutes.”

In contrast with the buzz generated by the High Commissioner on Primary Refugees, the Moderate Commissioner for Adult Sunday School Refugees has seen his single suggestion for stopping his problem roundly rejected. That suggestion was the formation of an adult foyer or lobby class to count as Sunday School for those (perhaps willingly) wandering adults.