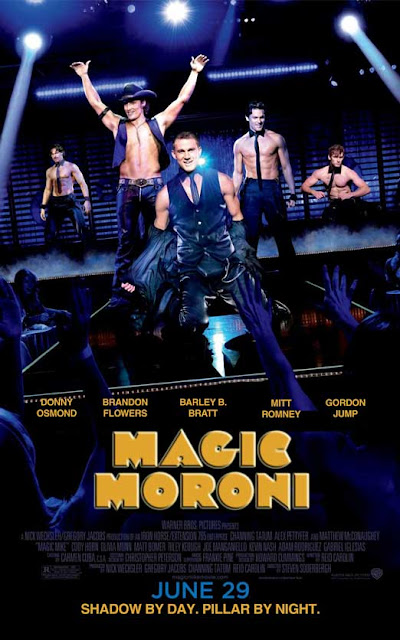 By Barley B. Bratt

SALT LAKE CITY, UT—The Church of Jesus Christ of Latter-day Saints has denied rumors that it is developing a new pageant. The denial came in response to alleged Church documents leaked to the press referring to a show targeted at women called “Magic Moroni.”

Church spokesman Peter Andrews clarified that “We are not developing any new pageants and certainly not one for Las Vegas featuring Nephite priesthood holders with perfect cheekbones and chiseled abs glistening with sweat.”

Andrews was responding to a variety of rumors, some claiming that the show would draw upon the notoriety of current movies as well as a widely popular set of books of particular interest to women. Andrews also clarified that the Church had not sent out a call for 2000 incredibly handsome, well-built men to act as “stripping warriors.”

Andrews stated categorically that rumors that the show’s tagline would be “He’ll be Joseph and you can be Potiphar’s Wife” were “completely unfounded.”